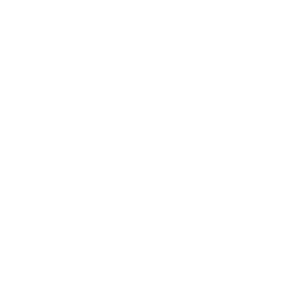 Why the U.S. Needs to Adopt the Chip and PIN Credit Card Process

In the 20 years that our company, CLARUS Merchant Services, has provided credit card processing services and comprehensive merchant payment solutions, one issue consistently remains at the forefront of our customers’ minds: the burgeoning credit card fraud problem.

The numbers are staggering – in 2017, more than $24 Billion was reported in worldwide credit card fraud. And the U.S. alone incurred $9.37 Billion of that fraud, which is 38.6 % of the worldwide losses, according to recent Nilson Report on Credit Fraud Worldwide.

What these numbers don’t show is the other hidden costs associated with credit card fraud, including those absorbed by card issuers and processors who must handle the chargebacks, shut down compromised accounts and issue new cards.

Why does the U.S. represent a disproportionate amount of credit card fraud?

The answer can be found in a simple process most other countries worldwide are employing to verify transactions, which is known as the Chip and PIN.

EVM Chips, which use encryption to secure card transactions, have been incorporated into the majority of credit cards worldwide. In other countries, a consumer using a chip card at an ATM or self-checkout kiosk is required to enter a Personal Identification Number or PIN to complete the transaction.

EVM-chipped cards were introduced in the U.S. in 2015, but the Chip and PIN system has yet to be implemented. The use of chip cards without a PIN rendered the new cards ineffective in fighting fraud: analysts report that of the 60 million cards compromised from October 2017-2018, 93% were chip-enabled and 75% of “Card Present” records taken from point-of-sale breaches. 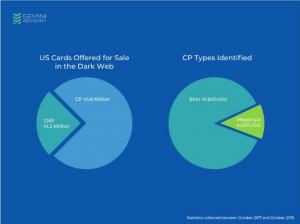 We’re all paying the price for card fraud in the U.S.

Credit card companies in the U.S. have done their fair share to mitigate the losses to both customers and merchants. Today, neither are held responsible for fraudulent charges. It’s the credit card processors who carry the burden upfront as they must handle fraud reports. But it’s the merchants – and consumers – who ultimately pay the price in higher processing fees and interest rates which are increased as card issuers and processors try to recoup the cost of managing card fraud. 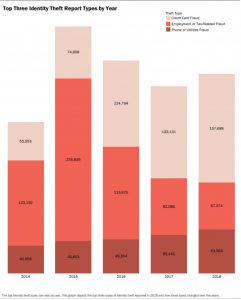 The Chip and PIN process is exactly the same as using a debit card and it just takes a few more seconds at a terminal to punch in the four-digit code. It’s simple and effective. Even more effective would be the use of a PIN that would be required in a “Card Not Present” transaction.

Plus, there are tremendous benefits to consumers and merchants when the Chip and PIN system is implemented. The two-step verification process provides higher security of at checkouts and remote kiosks, reducing consumer anxiety over the unauthorized use of their card. Merchants who migrate to the EMV system will find that the initial investment in terminals and training will pay for itself as the number of fraudulent transactions are reduced, which saves back-office time and energy.

Implementing the Chip and PIN as the standard in the U.S. is a step in the right direction.

Today, credit cards in the U.S. carry the EVM Chip, but the PIN system is still not the standard nor are stand-alone kiosks set up to prompt the cardholder to enter a PIN. Adoption of the Chip and PIN will help reduce credit card fraud at the point of sale as well as help manage identity theft. When a theft tries to buy gas, food, or check out at a grocery store or retailer’s self check-out kiosk, they will no longer be able to just swipe a card. They’ll have to take their card to a sales associate and provide a written signature. A sales associate who is savvy about card fraud will ask to see the card holder’s I.D. Here in the U.S., it’s the exception, not the rule.

Criminals are always going to be two steps ahead of the card industry and will continue to find new ways to skim card numbers and steal databases. The technology to fight back is already in the hands of consumers. Let’s put the Chip and PIN verification process to work in the U.S. It’s a proven and effective solution in the continuing battle to reduce card fraud.